Once one of the hottest high school baseball prospects in the nation, Anthony Rinaldi chose real estate instead, and his latest project in fort Greene is just one part of a multi-phase Myrtle Avenue master plan. 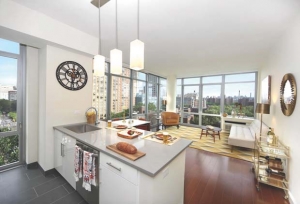 Every life has its arrangement of defining moments… its “Which door should I choose?” conundrums, but for students of city real estate generally, and Brooklyn’s market specifically, the one faced by Anthony Rinaldi in the mid ’80s was more than a little bit unique. Born in Elizabeth, New Jersey and the son of a 33-year veteran of the Hoboken Police Department, Rinaldi was educated in the Secaucus Public Schools system, where he was quickly spotted as a more than capable athlete. In fact one of the most promising catchers in all of high school baseball, he was given the opportunity to tryout with the Cleveland Indians, Los Angeles Dodgers, and California Angels, but instead chose higher education and an engineering degree over a career in professional sports.

After more than a decade in and around city realty businesses, Rinaldi hung out his own shingle in 2003 under the name Anthony T. Rinaldi, LLC., d.b.a. The Rinaldi Group. The general contracting and construction management firm has since been responsible for the development and construction of high-rise condominium and rental towers and hotels in Arizona, New Jersey, Florida, New York City, and Westchester, and has been witness to and participant in one of the most stunning real estate valuation increases in the nation’s history. With projects like the boutique Hilton Garden Inn on E. 33rd Street, 570 Lexington Avenue, and the Garden State Plaza Mall under its belt, along with Brooklyn projects 220 Water Street and 218 Myrtle Avenue (the former reported on in the feature “The Shoe Fits” in the July/August 2013 issue) Rinaldi has focused considerable attention on the borough’s widely expanding fortunes, most recently in the form of a multiple phase Myrtle Avenue development in Fort Greene, capped by this recently-completed 15-story tower, referred to as both 81 Fleet Place and The Giovanni.

In partnership with Red Apple Real Estate, the rental tower, designed by Dattner Architects, consists of two stories of below-grade parking, two more floors of retail space, and 13 stories of luxury residential units. Encompassing some 260,000 square feet, the project was completed in late 2014, features 205 apartments, and is currently valued at just over $57 million. Siting, as always, was a key consideration—a short walk to the Barclays Center and BAM, and just around the corner from Fulton Mall.

“It has been an honor and professional privilege to build for and work with [real estate developer and 2013 Republican mayoral candidate] John Catsimatidis and Red Apple Real Estate on their mission to rebuild and revitalize Brooklyn,” Rinaldi offered at the ribbon-cutting, and it was clear from the time the first rental contracts were signed that the project included a tier of amenities new to a once-distressed eastern edge of Downtown. Its units run from $2,500 per month for a studio to $4,400 for a 907-square-foot two-bedroom (though the priciest available unit at time of press is a $4,975 919-square-foot one-bedroom). 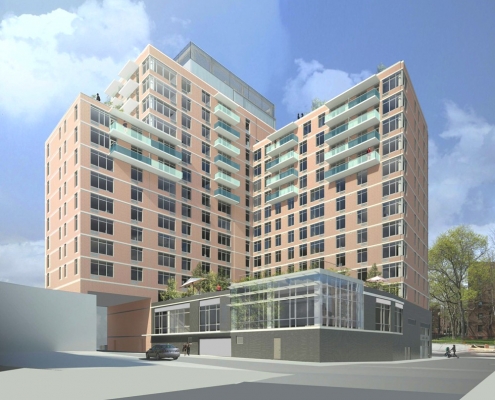 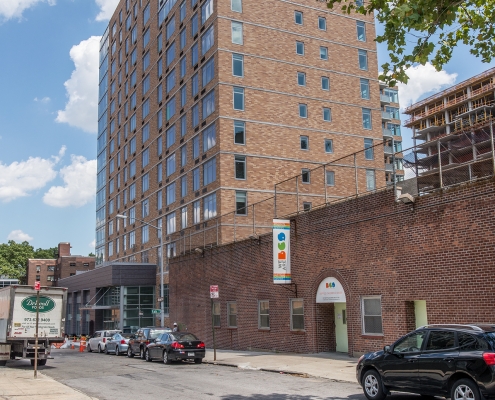 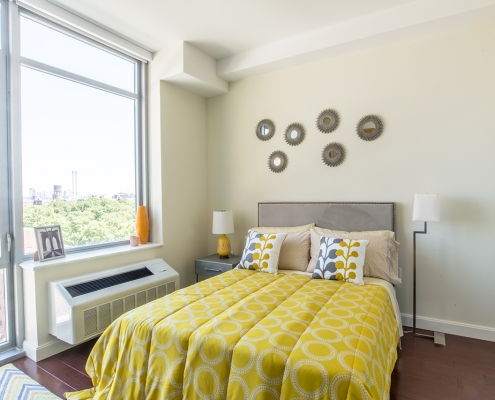 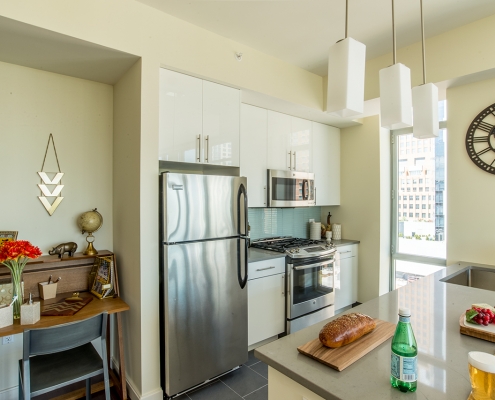 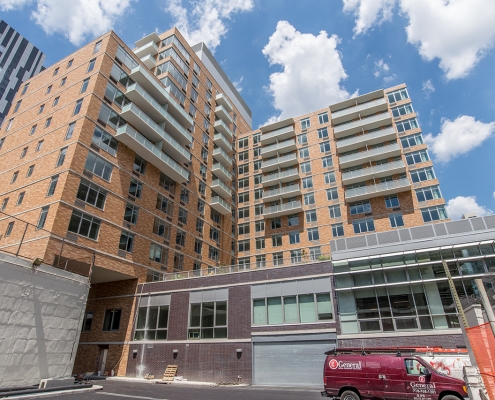 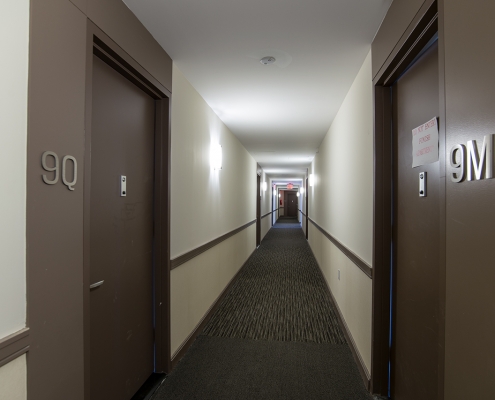 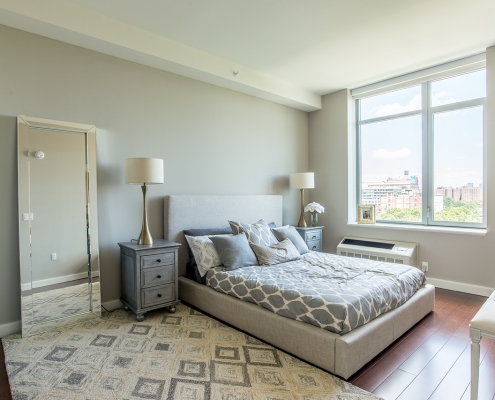 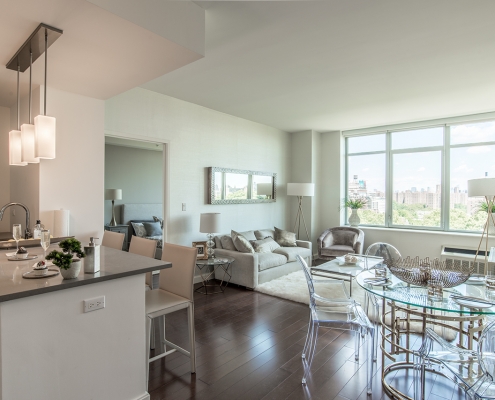