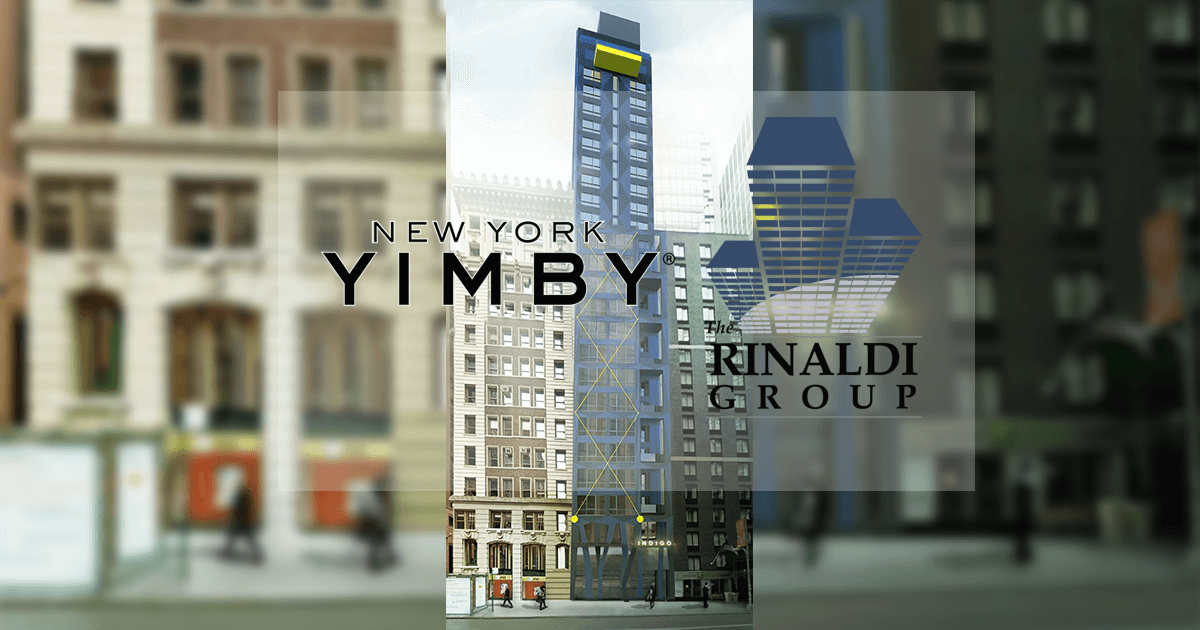 The first several floors have been constructed for the new Hotel Indigo at 120 Water Street in the Financial District. The ground-up project is designed by Gene Kaufman Architects and developed by Atlas Development. Fortuna Realty Group will serve as hotel management. The slim building will rise 28 stories between Wall Street and the East River, and will yield 52,000 square feet with 128 rooms, a cellar-level fitness center, a ground-floor restaurant, and a 25th-floor venue space. The project broke ground in 2017 and progress has been slow until recently.

Photos taken from YIMBY user rbrome show the formwork for the reinforced concrete floors starting to rise on the narrow property. Work on the building is now approaching the seventh floor.

The Rinaldi Group is the team behind the featured rendering, which shows a bold façade of indigo walls with yellow cross beams and a large cantilevering balcony near the top of the structure. 120 Water Street will soon stand prominently above the adjacent buildings, and will feature a setback on the upper half of the hotel oriented at an angle to the sidewalk. The main elevation is composed of large windows and a stack of open-air, double-height terraces. An illuminated “Indigo” will be displayed above the main lobby entrance, and a tangle of geometric windows is cut out among the web of tall, double-height, blue-colored panels next to the front doors.

More about the 120 Water Street Project…