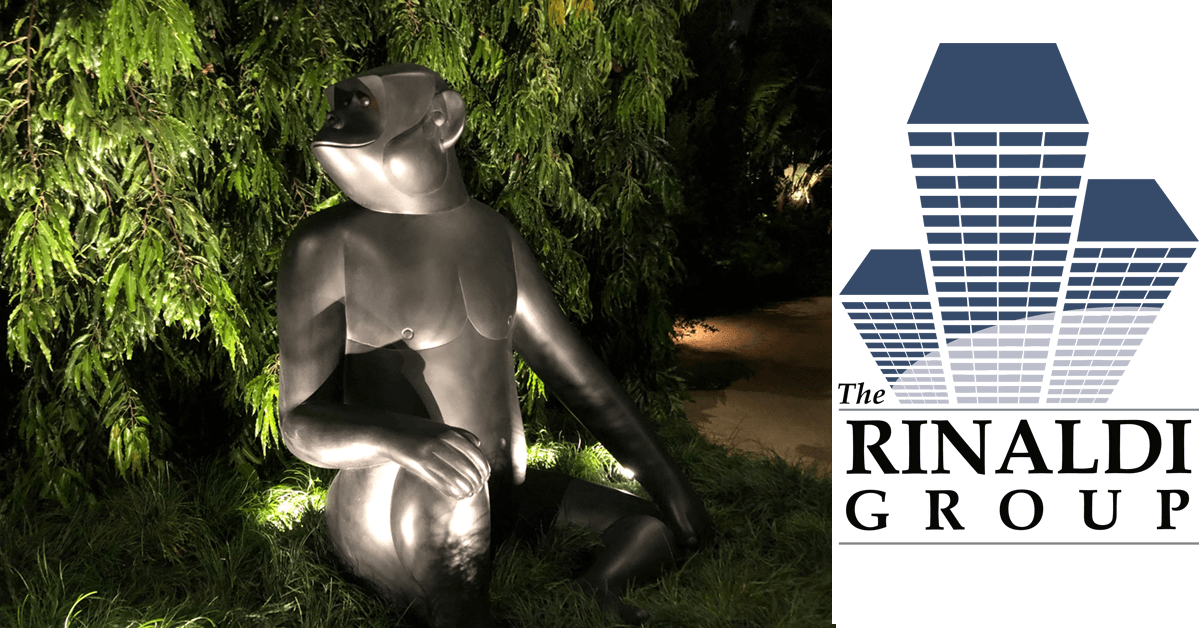 From RE Miami Beach:

The gardens at The Raleigh Hotel are once again open to the public, with a touch of whimsy. Michael Shvo, The Raleigh’s new owner, unveiled Les Lalanne, a temporary art installation featuring the work of the late French artists Claude Lalanne and François-Xavier Lalanne, known collectively as Les Lalanne.

Shvo curated the exhibit which was designed by architect and art collector Peter Marino and landscape architect Raymond Jungles. Following a kick-off party Thursday evening, the installation is now open to the public through the end of February.

At the ribbon cutting, Miami Beach Mayor Dan Gelber noted the opening of the Botero exhibit on Lincoln Road along with The Raleigh Gardens installation saying, “This is who we want to be… We want to create special moments not just for residents but for people who come here [to] see something they wouldn’t see anywhere else and they’re going to see it right here.”

Shvo, who purchased The Raleigh along with the adjacent Richmond and South Seas Hotels, plans to build a residential tower on the site while restoring the three buildings and reopening The Raleigh as a hotel.

“The Raleigh for us and the City of Miami Beach is a crown jewel. It’s something that everybody has a memory [of],” Shvo said at the opening, emphasing his commitment that “The Raleigh will continue to be the hotel that will be open to the public.”

“This exhibition is a labor of love and something we wanted to do for the people of Miami and not for Art Basel and not closed for everybody,” Shvo continued. “It’s really an extension of what we’re doing at The Raleigh. We want to bring people here. We want to bring them to the Beach, the beautiful beach, the amazing weather, and give them an experience they can’t have anywhere else… There’s no other place you can walk on the beach and have a park with amazing sculptures in this, in essence, tropical garden… It’s really been a labor of love and really the beginning. This is the beginning of the renaissance of The Raleigh. We look forward to bringing the glory days back, restoring it, and, I think, reviving this area of the Beach.”

Giant cabbages on chicken legs, oversized gingko leaf table tops, sheep settees. Husband-and-wife duo François-Xavier and Claude Lalanne had a flair for fusing flora and fauna into delightful yet functional works that defied the minimalist austerity of mid-century art and design. He produced large animals with storage or seating uses; in 1966, his ‘herd’ of 24 bronze and wool sheep became his trademark. She combined plants and animals to whimsical ends…

Their trademark flair is on full display at The Raleigh installation.

The Rinaldi Group of Florida, which will complete the construction of the redevelopment of the property, worked on the garden construction as well. COO Jeff Feldman said, while the design took months, the actual execution of the designs took about four weeks with the bulk of the planting taking place over 2 ½ to 3 weeks “which is why it was such an unbelievable feat.” Challenges included bringing in “18-20 ft tall palms and trees with enormous root balls, palettes and palettes of sod.”

Shvo was hands-on, Feldman said. “He made some incredible last-minute changes that really had an incredible impact on the overall garden… His process was pretty incredible to witness and be a part of.”

Read more and view more photos at RE Miami Beach…