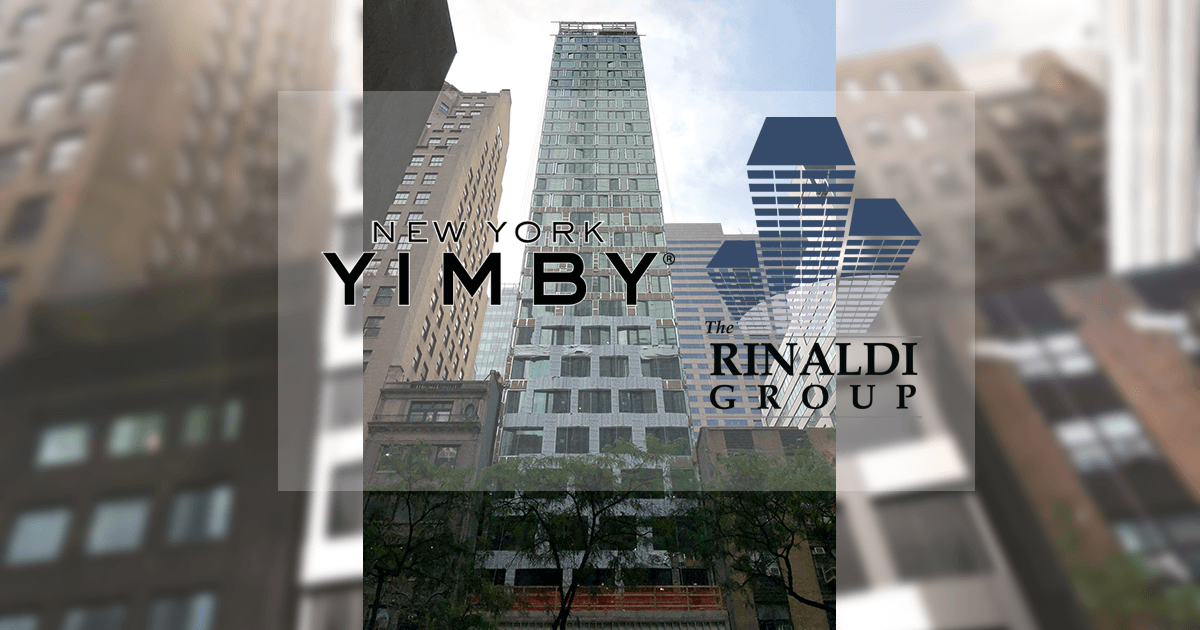 12 East 48th Street‘s distinctive metallic façade panels are making their way up the northern elevation of the 31-story Midtown East structure. Arranged in a staggered pattern surrounding floor-to-ceiling windows, the bold curtain wall will create a striking contrast with the surrounding masonry-clad buildings. Located between Madison Avenue and Fifth Avenue, the slim tower is topped out and will eventually open as a 161-room Hilton Grand Vacation Hotel. The project is designed by Handel Architects and developed by Hidrock Realty.

New photos show the rising panels wrapped in protective film. In addition to its striking finish, the curtain wall also features an undulating geometry with a slight outward fold along the centerline of each window. This creates the illusion that the rectangular window panels are hexagonal in shape, giving the overall façade a honeycomb-like appearance.

12 East 48th Street will come with an outdoor terrace and ground-floor retail along West 48th Street. The closest subways are the B, D, F, and M trains, located to the east across Fifth Avenue at the 47-50th Street-Rockefeller Center subway station.

Completion of 12 East 48th Street may happen sometime next year.