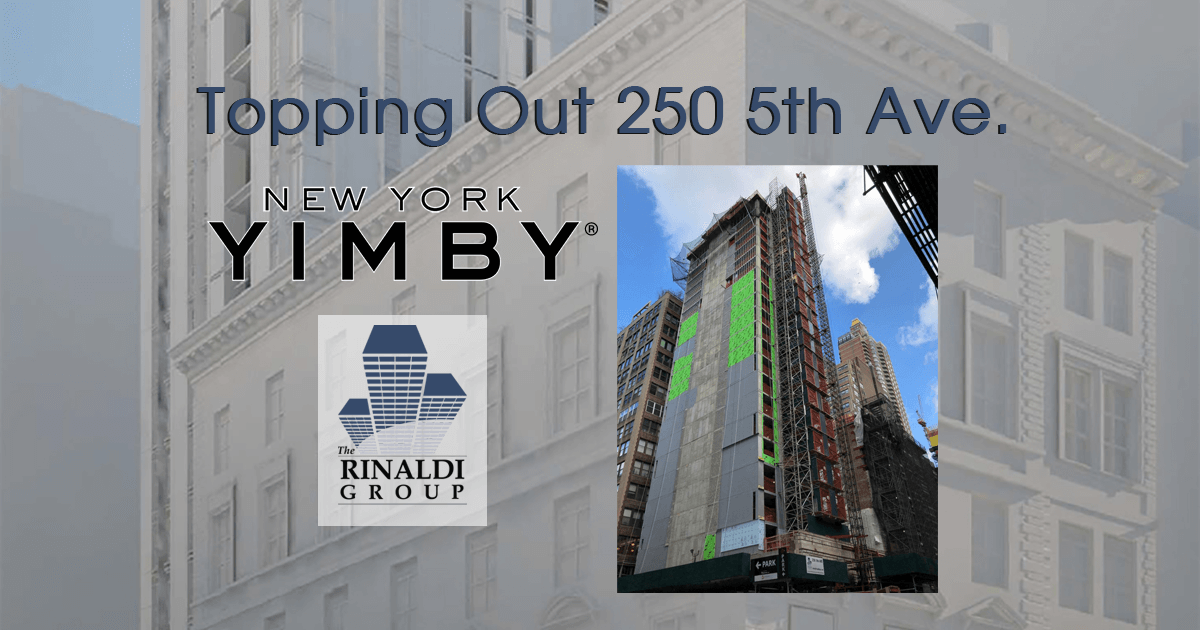 The 23-story reinforced concrete structure at 250 Fifth Avenue has topped out in NoMad. The 230-foot-tall hotel tower is located along West 28th Street directly adjacent to an 111-year-old McKim, Mead & White-designed five-story building with a landmarked façade. Perkins Eastman is the designer of the addition, which is being developed by Empire Management.

New photos from street level show the current state of construction. The lower five-story section is still enclosed in a thick layer of scaffolding and black netting. The window frames on this portion are mostly in place, though installation of the curtain wall that surrounds them has yet to begin. Renderings show a light-colored exterior and the preservation and restoration of the ground-floor stone walls, which can be spotted at the site.

250 Fifth Avenue will yield a total of about 104,000 square feet of space and will include a cafe, restaurant, and a library. The ninth floor will house an outdoor terrace and bar and the 23rd floor will feature two 15-foot-deep outdoor rooftop bars on the northern and southern edges of the superstructure.

Completion of 250 Fifth Avenue is likely to happen sometime next year.