As part of this Historical Landmark project, The Rinaldi Group had to coordinate between local, state & federal agencies such as NYC Landmarks Preservation Commission, the State Historic Preservation Office and the National Parks Service. This existing 4-1/2 Story plus basement Landmark building located in the Dumbo section of Downtown Brooklyn will undergo extensive renovation and restoration, consisting of complete interior gut and new interior fit-out, including façade restoration, asbestos & lead abatement, a grand lobby complete with custom millwork and stone flooring open to an oversized skylight above and leading to an open 4-Story courtyard atrium with parking on the ground floor.
Built between 1893 & 1895, the building consists to two separate structures, one 4-1 /2 Story concrete building connected to another 4-1/2 Story wood-frame building structure. Over 780-existing windows were replaced with custom-designed & built wood & aluminum clad windows that, as part of Landmark’s requirements, had to replicate EXACTLY the original warehouse style windows, while meeting an OITC 35 acoustical rating. As part of the exterior façade restoration, the existing brick was pointed, repaired and replaced with brick culled from the surgical demolition performed on other areas of the building, including the existing boiler-room which previously lied within the footprint of the new Grand Lobby shown on the left. 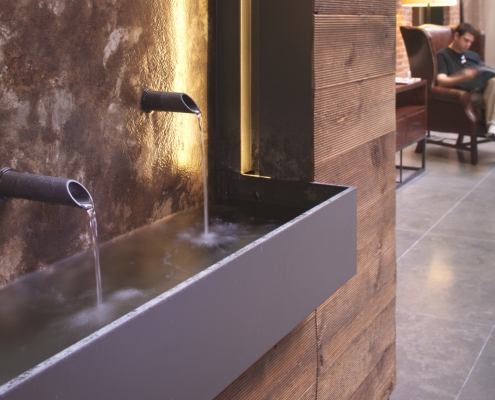 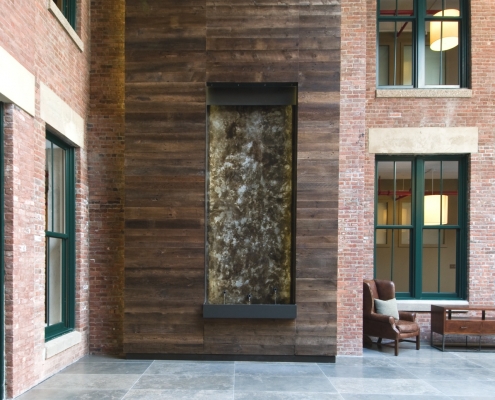 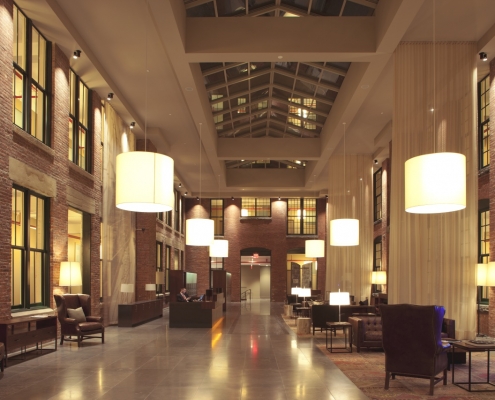 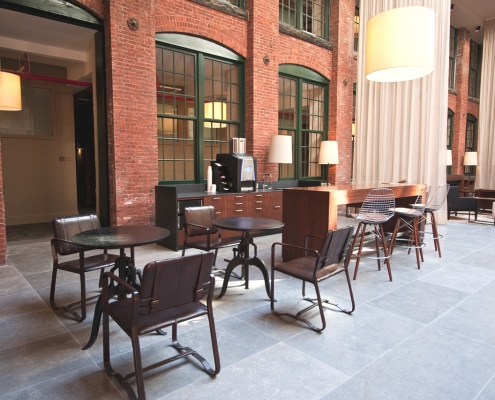 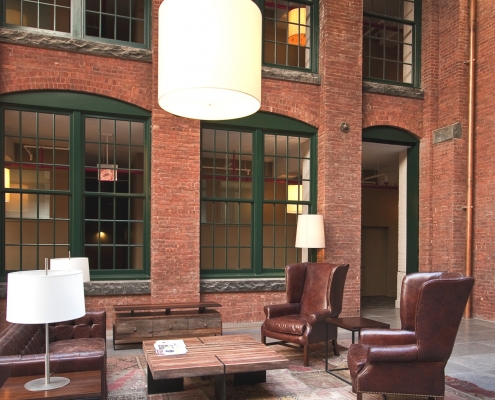 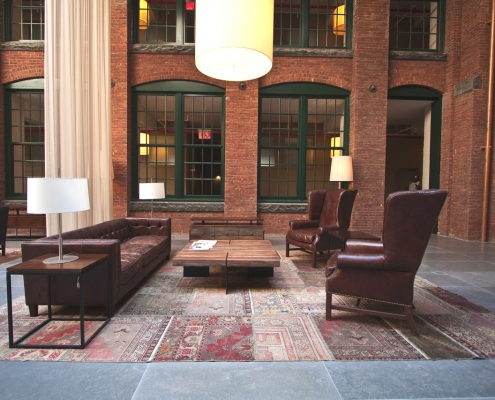 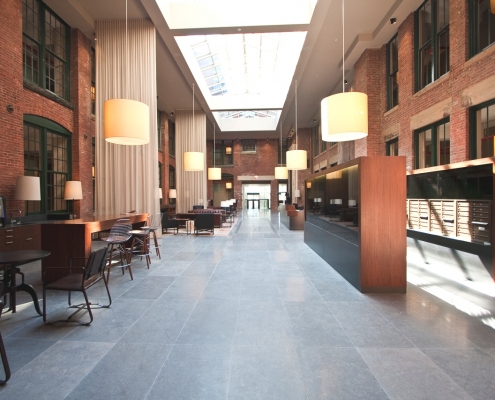 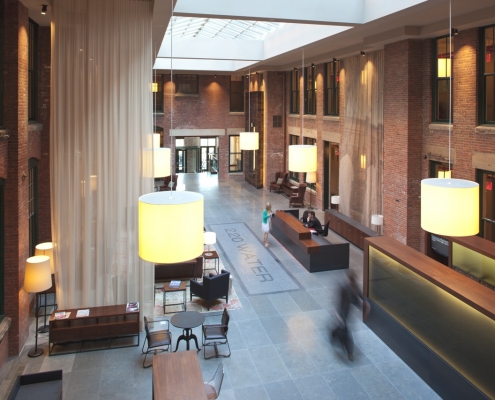 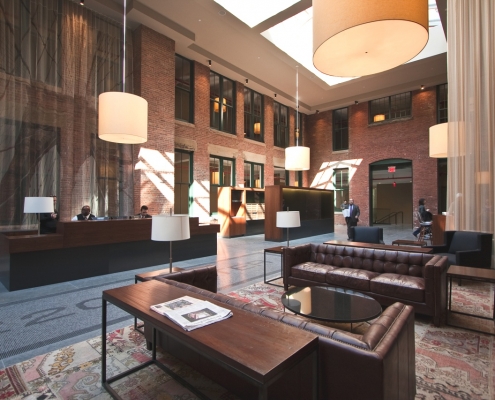 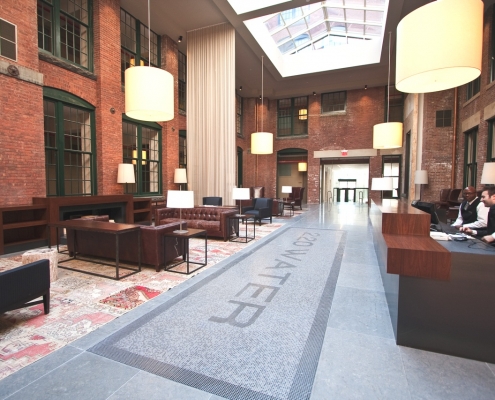 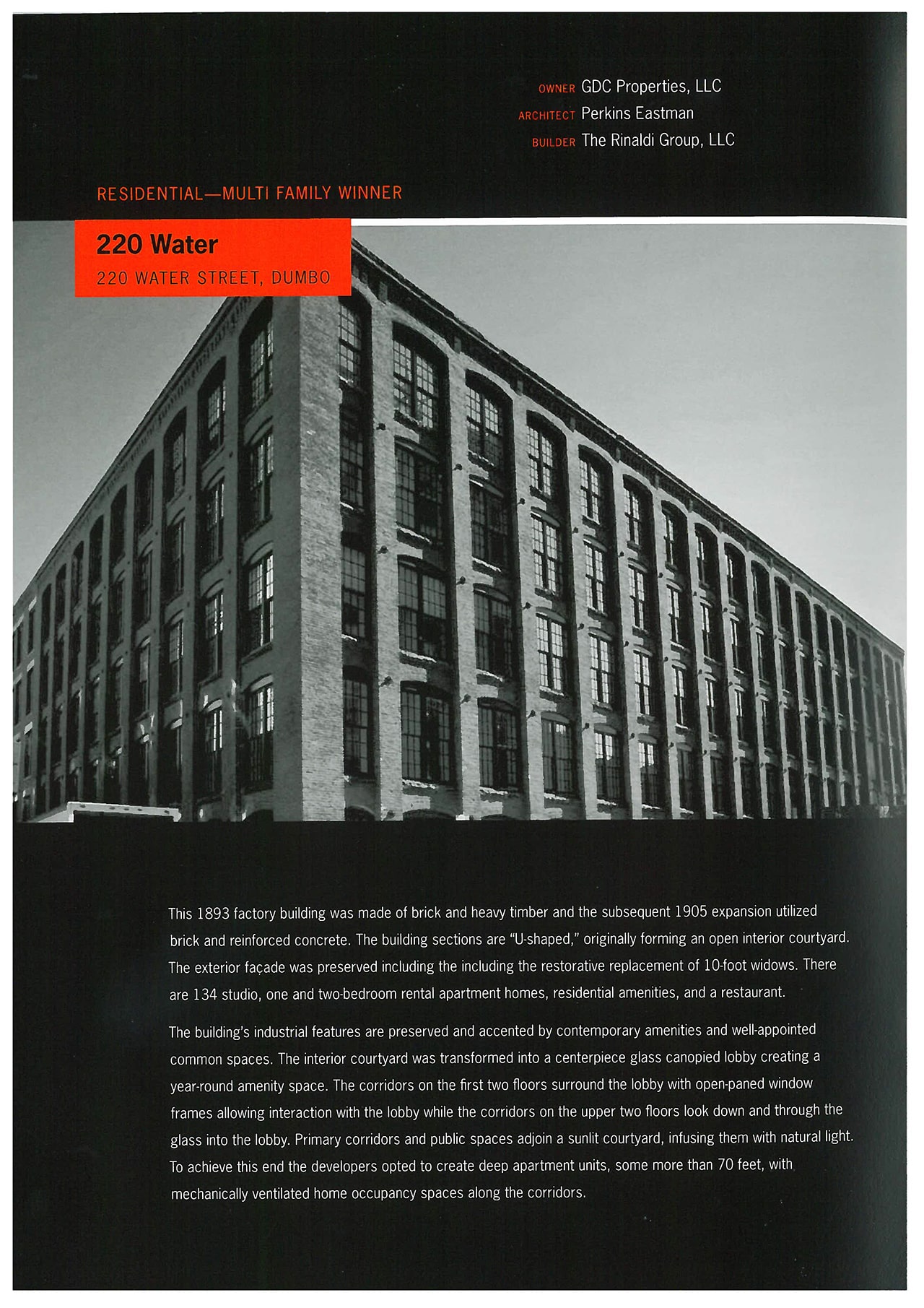