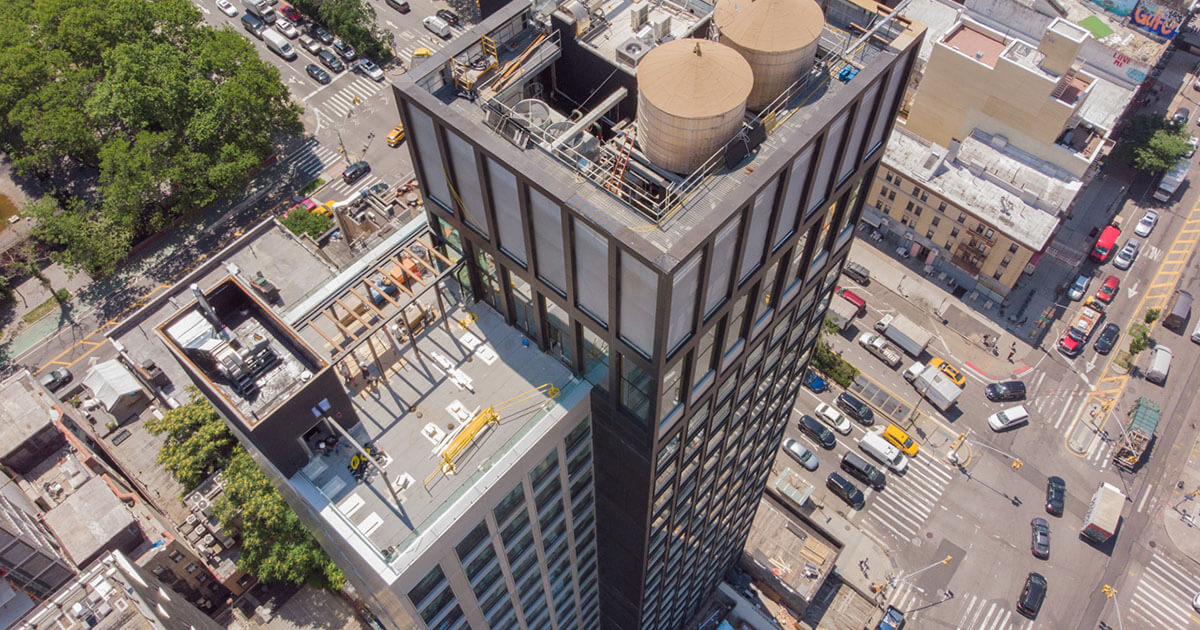 On April 4, ULI New York announced the winners of the annual Awards for Excellence in Development, which honors exceptional development projects that exemplify ULI New York’s mission and values. Development teams receiving this prestigious award must demonstrate innovation, responsible land use, and beneficial community impact. ULI New York presented awards to nine development teams for their groundbreaking work across the city at the organization’s annual gala at 583 Park Avenue.

Building Artwork: Curated by Jonathan Cohen (also painted other artwork located in the public plaza and rooftop bar) with former members of the 5 Pointz creative team and the New Museum/NEW INC

Offering unobstructed sweeping views of lower Manhattan and Brooklyn, the citizenM New York Bowery Hotel is a new addition to the evolving fabric of the vibrant Lower East Side. Known for its rich cultural heritage and vibrant art scene, the neighborhood was a direct source of inspiration with particular focus on the many surrounding galleries, contemporary street art, and other definitive new developments in the area. The 21-story, 300 guestroom building contains approximately 100,000 square feet, including 15 stories of modular hotel rooms, making it the tallest modular hotel in the United States. Amenity areas include cloudM a rooftop bar and lounge with both indoor and outdoor areas, canteenM, a ground-floor bistro-style lounge and coworking space, and a 4,000-square-foot plaza. The new hotel is also the official home to the Museum of Street Art, or MOSA. Curated by Jonathan Cohen and former members of the 5 Pointz creative team, a collection of murals and other installations occupy 21 stories of the hotel’s stairwell and include 20 artists. The typical hotel module consists of an approximately 8-foot-wide by 48-foot-long box which incorporates two hotel rooms and a central corridor. Each module was transported to the site with the façade attached, the interior room finishes completed, and wrapped in waterproofing to the keep the rooms dry during construction. The modular construction also results in less construction waste as the interior fit-out was completed in a factory-controlled environment. As a short-stay affordable luxury destination, the hotel was designed to create a fully immersive experience through its authentic selection of artwork sourced almost exclusively by influential local artists and curators. For the design and development community, the successful design and delivery of citizenM Bowery establishes the property as a gateway project for even more ambitious modular construction in densely populated urban areas, hospitality ventures, and tall structures in the New York metro area and beyond.

New York City’s tallest modular-constructed hotel is as much a work of art inside as it is outside but it is it’s innovative, modular construction that truly sets this downtown jewel apart. The Rinaldi Group is proud to have been chosen as the project’s general contractor and see the opening of New York City’s most exciting and unique boutique hotel.

Behind the stylish interior and curated art installations is a new achievement in modern construction. A hotel built room by room in a factory and assembled in the narrow streets of New York City’s Bowery neighborhood. Modular construction methods can reduce a project’s completion time by as much as 50%, allowing companies, residents and guests to occupy the space far ahead of the typical building schedule.

“The modular building process can significantly reduce the cost of labor, materials, and transportation plus, by its uniformity of design, it minimizes waste,” says Anthony Rinaldi, president and CEO of The Rinaldi Group, chosen to build the project. “It’s also superior environmentally and lessens the amount of traffic congestion which is key in urban areas such as Manhattan.”

The Rinaldi Group congratulates the development team all who helped make the citizenM a success.

For more on the CitizenM Bowery, visit CitizenM 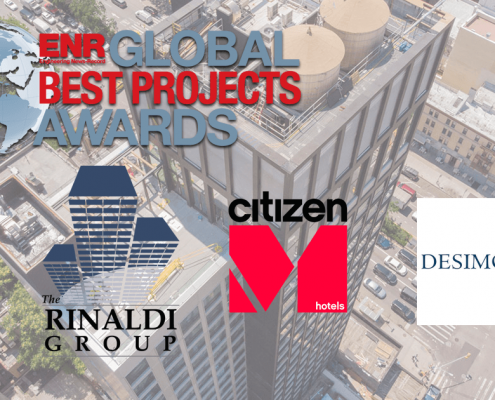 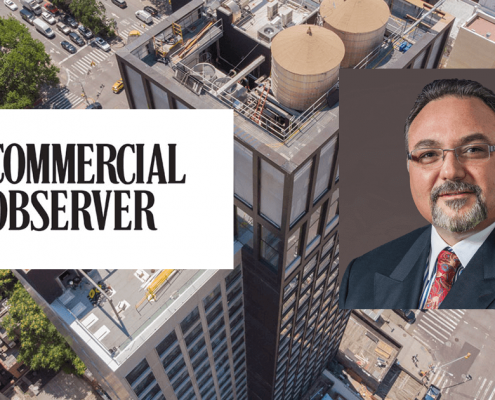 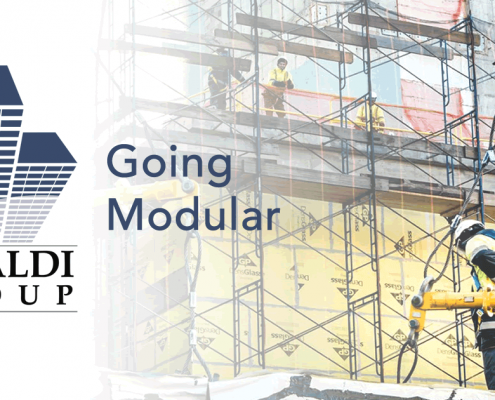 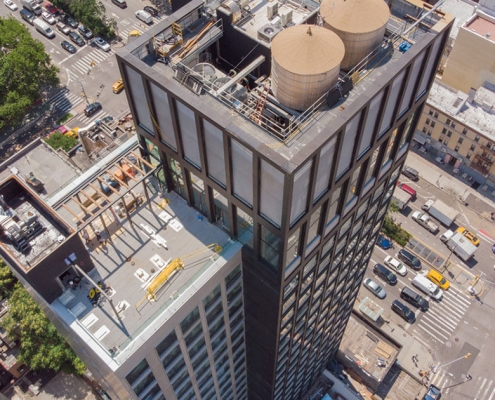 March 15, 2019
There are many virtues and advantages to modular construction, especially in a crowded place like New York City. Done right, it is faster, cleaner and causes a lot less disruption, since most of the work is done in the factory, and site work is mostly assembly and connection.
http://rinaldinyc.com/wp-content/uploads/2018/09/citizenM-bowery-aerial-1200-sm.jpg 630 1200 Tim Hurley http://rinaldinyc.com/wp-content/uploads/2016/02/The-Rinaldi-Group.png Tim Hurley2019-03-15 18:13:442019-03-15 20:15:34Treehugger: Tallest modular hotel is built in New York City 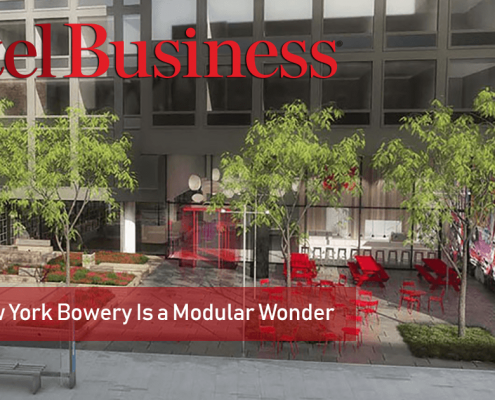 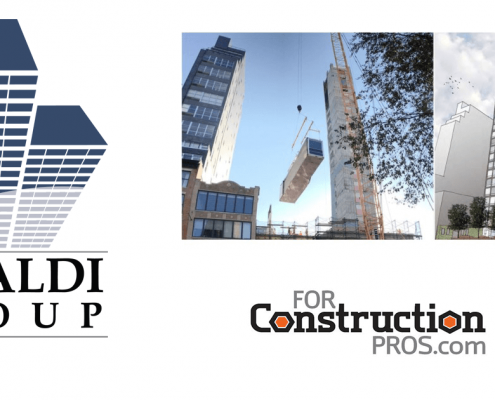 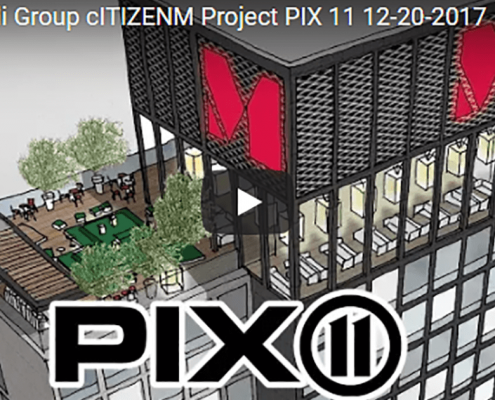 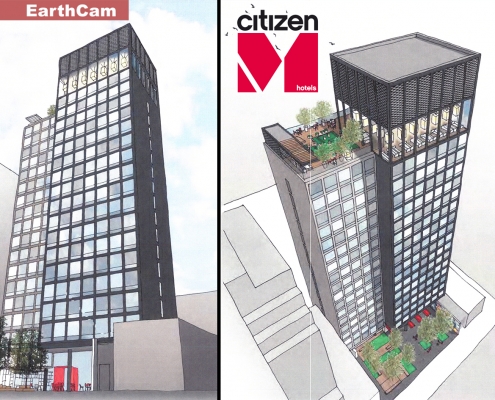 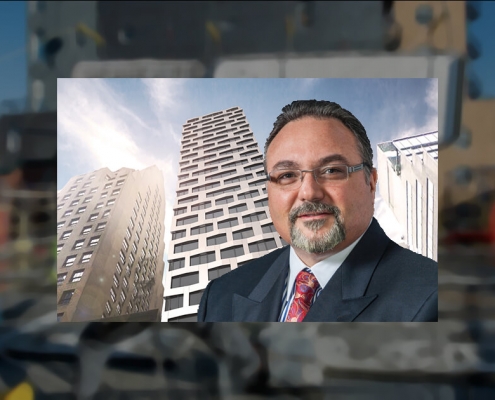 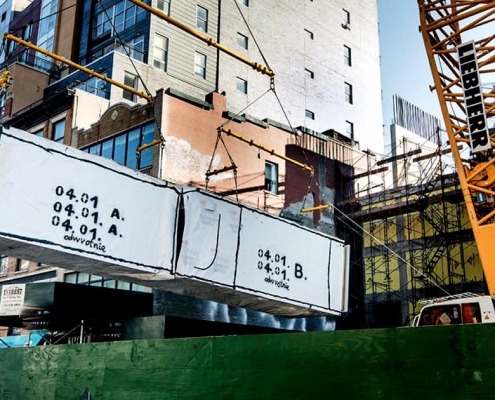 January 9, 2017
“That is the beauty of modular construction,” said Anthony Rinaldi, CEO of the Rinaldi Group, which is the construction manager of the hotel project. “It really minimizes disruption to the neighborhood, to the community, to the traffic flow.”
http://rinaldinyc.com/wp-content/uploads/2017/01/rinaldi-group-citizenm-bowery2-1200-sm.jpg 630 1200 Tim Hurley http://rinaldinyc.com/wp-content/uploads/2016/02/The-Rinaldi-Group.png Tim Hurley2017-01-09 23:38:372018-09-28 16:46:41The Real Deal – Rinaldi Group CitizenM Developing Pre-Fab Hotel on the Bowery